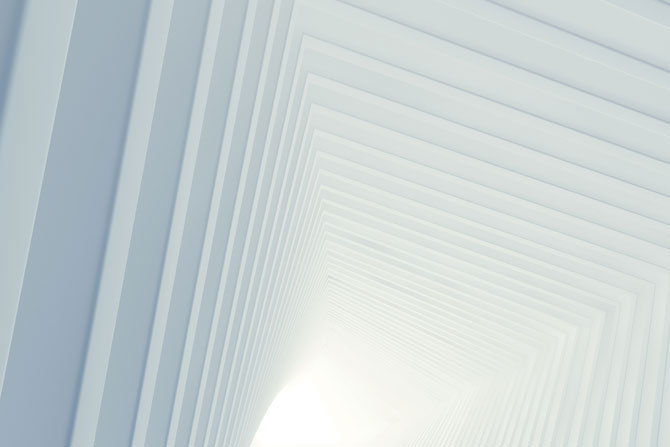 Musing on Architecture from a Lay-Fran

Fran has been in the architectural industry since 1983. Mostly she has been a marketer, but after all that time, a lot of things rub off. All too often, she will spout architectural things to her friends and associates and then needs to go and find out more to make sure it is true. This column explores architecture issues from a layman’s point of view in the context of her little world.

Iam not an architect. I have not worked for the GSA, and this is not a technical article. But, like many of you, I watched the videos of the breaching of the Capitol on January 6, 2021. I was astounded by how easily the revered building was accessed by a mob.

OK, let’s ignore the political issues surrounding this volatile subject. This is not about the Capitol Police or National Guard, the active security measures, or the rules of engagement. As a person who works in the design industry, I wondered which passive design provisions are in place at the Capitol to keep the legislators, the staff, and the visitors to the building safe? Surely, I thought, this is a federal building, maintained by the General Services Administration; this building has safety features in place beyond the Capitol Police Force and a metal detector.

But then, I thought, the Capitol Building is a historic federal structure. Congress has traditionally been the branch of government nearest to the people, and the building has been relatively open to reflect that. Nonetheless, are there security limitations with a Neoclassical building designed in the 19th Century? Surely, yes, but fortunately, I am unlikely to find out what those are on the internet (nor should I). I abandoned that train of thought.

What, then, about the newer buildings? What about the Hatch Courthouse in Downtown Salt Lake City? How many design decisions were driven by the complex security requirements, which are the direct result of recent attacks on federal buildings? In addition to building codes and regulations, is there another set of requirements that contribute to the building’s aesthetic that aren’t taste or trends but necessary passive security features?

And … on a more philosophical track … if the general public knew about it, would it influence their opinions of that new building? Mind you; I don’t think you can convince people to like anything they don’t like. Modernism has been a thing for over a hundred years, and it still hasn’t caught on with many of the common folk. Nonetheless, a compelling argument can be made for “form follows function” when the safety of a building’s occupants is involved. This could spawn appreciation, if not affection, for the design.

How do you design a federal building to be a product of its time, to be an elegant representative of modern architecture, and still plan for the worst-case scenarios without designing a bunker? We are not just talking about an efficient courthouse or a symbol of strength and justice — we are talking about a federal building that can prevent or endure violent insults like 9/11 or the Oklahoma bombing. So, focusing on the Hatch Courthouse, I decided to find out so I could talk to my friends (the ones who say they ‘prefer more traditional designs’) in terms that they can embrace, because as Mr. Wright said, “form and function are the same.”

You can’t just make people like contemporary architecture, but you can help them appreciate a design for the value it brings to the community.

It took me a bit, honestly. First stop was a detailed talk with CRSA federal design specialist David Triplett, AIA, about risk assessments, standoffs, sightlines, and visual access, controlled access, laminated glazing, open plantings, biohazards, and mailrooms, and all the passive measures that “work because they are there” in GSA buildings. (Back to my original point of departure, I learned that there are methods and materials that can be used to improve the security in historic buildings, but many of those methods, materials, and remodeling damage or destroy the historic fabric of irreplaceable landmarks).

Then, Chris Coutts at NWL sent me a brochure from the GSA, quoting Thomas Phifer. I learned about the shapes, forms, daylighting, and sustainable features. Thomas Phifer, the lead designer, said that “rather than use the classical elements that Jefferson brought to America from Europe, people should experience a contemporary justice that is open, transparent, light-filled.” I now know that the building is 10 stories and has three circulation paths, and this modern building is ever so much more functional than its predecessor, the Frank Moss Building, on the Main Street side of the site.

This puts to rest the idea that the entire design of the building was driven by security issues — in fact, it seems that, if anything, it was driven by daylighting. Still, when I talked with Sergey Akhpatelov at NWL, who worked on the job, it is clear that there are so many security features, many of which Dave had outlined for me, that contribute to the exterior and interior expression of the Hatch Courthouse that I can appreciate, especially in light of the recent attacks on federal buildings. For instance:

And that is just a sampling of the passive measures that are built into the design. There are all the design features that provide additional passive security, even if that wasn’t their main intention. Unlike the Capitol, these walls are not easily scaled; the judiciary is located on the top floors where they are easier to protect,

I asked Sergey if the reflecting pools were moats. He said no.

Add all the technology and active features and what you have is an enormously secure and functional courthouse that has astounding daylighting, efficient workplaces and stunning views that also make a minimal impact on the environment.

A friend of mine, a federal probation officer, works in the building. She said, “yeah, I prefer traditional architecture, but I never feel unsafe here. I had a guy try to throw a boulder through a window, and he couldn’t.” You can’t just make people like contemporary architecture, but you can help them appreciate a design for the value it brings to the community. 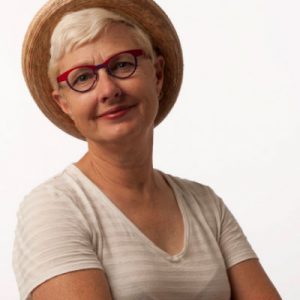 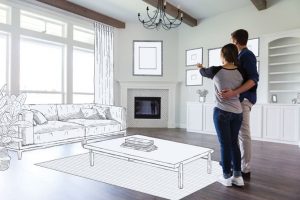 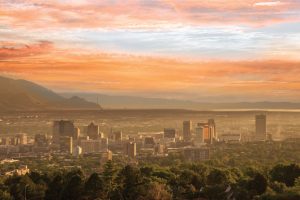 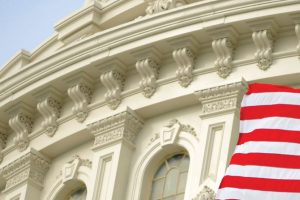 A Guide to Engaging with Civic Leaders